Make a #VoteDate at VoteParty.ca and take a non-voter to vote with you -- National #VoteParty on October 19

The video will be shown before movies in 160 Cineplex theatres across Canada from October 2-16. Cineplex Entertainment has generously donated the cost of showing the video. 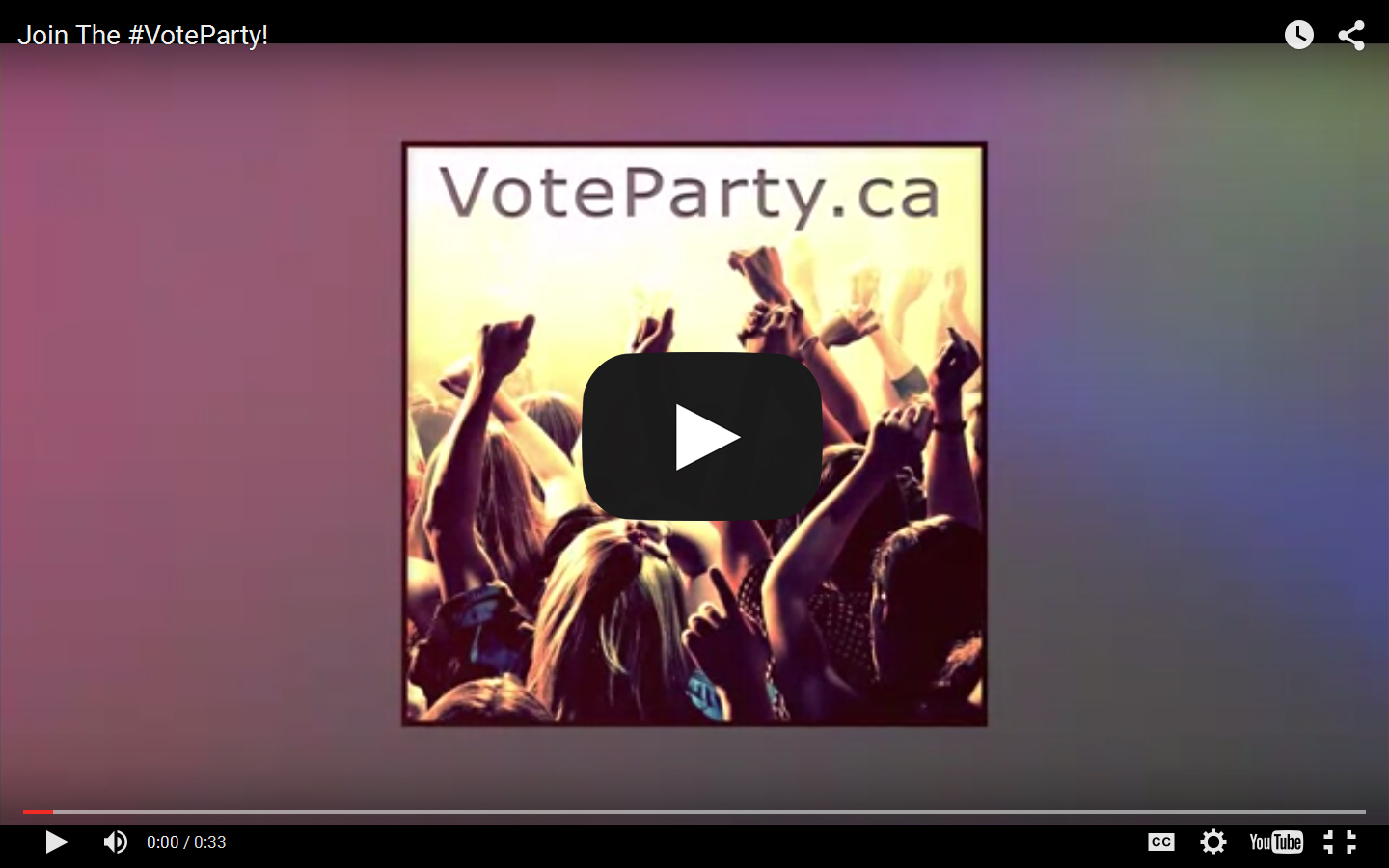 And then all are invited to come to the national #VoteParty on October 19th election night. Share your reaction to the election results, and what’s going at your local Vote Party, on Twitter with #VoteParty, and on Facebook at: https://www.facebook.com/events/503677783142702/

Vote Party promises to be a great party.

Anyone who wants to invite other people in their area to a local Vote Party on October 19th can upload their party details and send out invitations at: http://www.voteparty.ca/vote_parties

VoteParty.ca is an initiative of Democracy Education Network, since 1993 one of Canada’s leading civics education organizations.

Let’s get this Vote Party started!